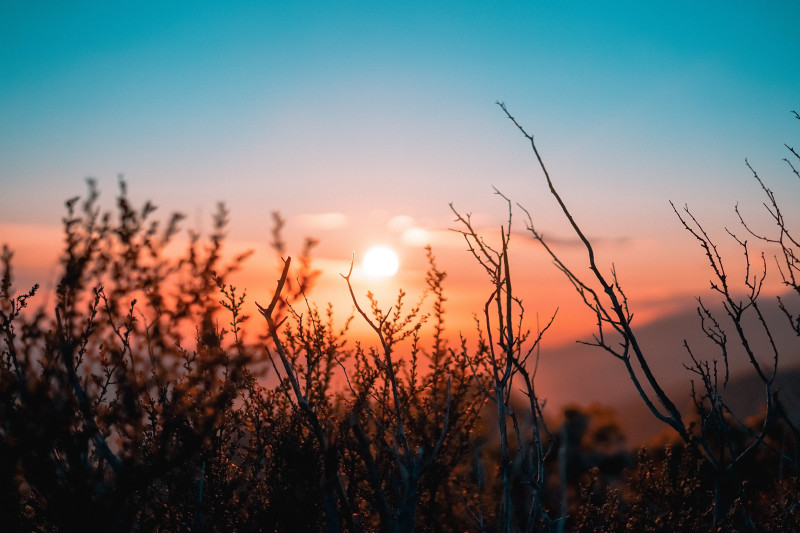 It is hard to find hope for the future of our planet when, on a daily basis, we are faced with doom and gloom headlines depicting devastating wildfires, hurricanes, droughts, unprecedented temperature extremes, and many other climatic disasters. Instead of feeling inspired to enact meaningful change, many climate-related news stories evoke a sense of despair and helplessness. Hence, the ‘ah sure, we’re already screwed! What difference does it make?!’ attitude prevails.

This is not to say that we need all climate change-related stories to be told with fairy-tale utopian endings. Climate change news should be both realistic and based on facts, but it is the way in which we communicate the message that needs to be carefully carried out in order to ignite optimism as opposed to doomerism. For example, solution-based narratives that don't shy away from the gravity of the situation, yet inspire people to create meaningful change, have been shown to create the most favourable outcomes for the planet. In other words, if you are going to sound the fire alarm, you need to show people where the exits are.

Arguably, one of the best examples of poor climate communication lies in the work of Jonathan Franzen. In 2019, Franzen wrote an opinion piece for the New Yorker titled, “What If We Stopped Pretending?”. As if the title wasn't telling enough, the subtitle really sets the mood for an extremely pessimistic read: “The climate apocalypse is coming. To prepare for it, we need to admit that we can’t prevent it”. Notably, the most concerning part about this apocalyptic manifesto is that a well-established and prestigious magazine like the New Yorker has published this work. Given the reach of this magazine, the potential for climate-doomerism narratives to be encouraged and/or proliferated around the world is concerningly high. For example, blunt and discouraging statements such as, “Call me a pessimist or call me a humanist, but I don't see human nature fundamentally changing anytime soon”, permeate the article and encourage Franzen’s readers to sit back and admit defeat in the face of this crisis.

However, on further inspection of Franzen’s article, if you read between the lines, squint one eye, cover half the screen, and ignore the word ‘apocalypse’, there is an attempt by Franzen to deliver a glimmer of hope throughout his rhetoric. Franzen’s take on the climate crisis is comparable with that of the Stockdale Paradox, named after Admiral James Stockdale who was kept prisoner during the Vietnam war. Stockdale believed he survived his time as a prisoner of war by being pragmatically optimistic, acknowledging the desperate situation he faced yet never fully losing his faith. Similarly, Franzen advocates for staying (mildly) optimistic despite the inevitability of the destruction and degradation of our planet. However, the problem lies within the restriction Franzen puts on optimism. He believes that people should “accept that disaster is coming” and only fight small battles that we have “some realistic hope of winning”. Furthermore, the article is saturated with descriptions of apocalyptic climactic scenes and the tone of the article is overwhelmingly negative and, at times, patronisingly sarcastic. And so, the reader is left feeling restricted in their ability to engage in meaningful climate action.

One study investigating what makes people engage in climate action found that stories discussing the negative impacts of climate change resulted in people feeling a heightened lack of agency in tackling climate change. Rather, the effectiveness of positive stories discussing people taking action resulted in agency being built within the readers. Notably, building agency for climate action is not the only positive outcome of action-based and optimistic story-telling. Climate doomerism is affecting people’s mental health around the world, and being exposed to too much negative climate change news coverage could be extremely damaging to people’s health in the long term. Hence, to build widespread agency while simultaneously safeguarding the mental health of climate-news readers, solution-based and optimistic story-telling is pivotal to the success of climate communication.

Whether Franzen’s intentions were good or bad, one thing’s for sure, the way that climate change is communicated is central to how the world is going to respond to the crisis. Climate communication must progress from discussing the risks involved coupled with a multitude of possible negative scenarios to educating people in a way that ignites optimism. As the father of modern linguistics, Naom Chomsky, once said: “Optimism is a strategy for making a better future because unless you believe that the future can be better you are unlikely to step up and take responsibility for making it so”.