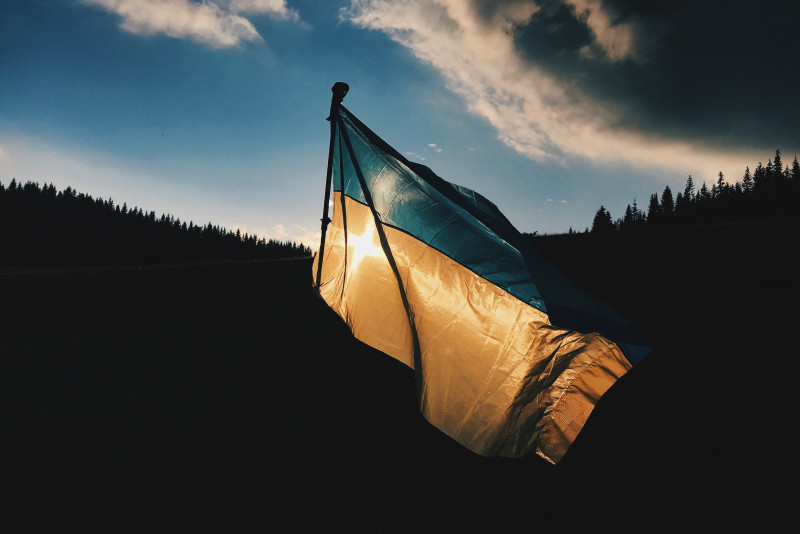 If Putin's invasion of Ukraine has proved one thing, it's that any upheaval we experience in the world can be in some way linked back to climate change. The Ukraine crisis and the climate crisis intersect in two prominent ways. Firstly, the regions that are reliant on Russian imports have been left particularly vulnerable to the crisis. Secondly, discussion around the future of energy in Europe is receiving a lot more attention as it has become apparent that the transition to renewable energy is imminently needed.

Europe is extremely dependent on Russian imports and has therefore been left exceptionally vulnerable in the wake of this crisis. Global efforts to sanction Russia for its invasion of Ukraine have shone a light on a problem that is well established within the European Union: There is an urgent need to reduce Europe’s dependency on Russian gas. Due to this dependency, it has been harder for Europe to impose sanctions on Russia as a form of punishment for the brutal actions carried out by the country's dictator, President Vladimir Putin. Diversifying Europe's energy supply would not only limit Russia’s influence and power but energy security in Europe would also be strengthened. In other words, the Ukraine war has revealed an important truth that has long been ignored throughout the climate crisis: access to energy means access to national security.

For context, Vladimir Putin has never been one to care about climate change. There are plenty of ways to validate this statement, but his 2003 statement really takes the cake, “an increase of two or three degrees wouldn't be so bad for a northern country like Russia. We could spend less on fur coats, and the grain harvest would go up.” His lack of awareness concerning a crisis that will hit (and is currently hitting) his country in unimaginable ways is both bewildering and extremely concerning. To make matters worse, with cash flow being directed straight into war-fare instead of critical adaptation infrastructure, it is hard to see Russia coming out on top when the climate crisis hits home.

Without a doubt, the world is watching Europe’s response to the crisis in Ukraine. Unlike the slow and delayed governmental response to climate change, the response to this war, thankfully, has been much more efficient. The European Union has released an ambitious plan to slash Russian gas use by 2⁄3 this year. The report wastes no time, with the introduction stating,

“Following the invasion of Ukraine by Russia, the case for a rapid clean energy transition has never been stronger and clearer”. Furthermore, Germany is now forecasted to invest 200 billion euros in renewable energy production by 2026. It is hoped that other countries follow suit. Which begs the question: Has it really taken a war for the transition to renewable energy to be deemed undisputedly urgent, despite calls from the IPCC, scientists, and environmentalists to implement this exact transition for decades? Had this guidance been followed earlier, energy systems may not have been weaponized in the way they are today.

It is important to clarify that the Ukraine crisis is not a war over resources. Furthermore, incorporating the climate crisis into discussions around the war is not to be ignorant nor insensitive to the suffering being endured by the people of Ukraine. However, the Ukraine crisis does have multiple implications for resource use. Effectively, Russia is weaponising its influence over European energy supply with a political motive underpinning the country's actions. Hence, it is easy to understand how climate talks have infiltrated discussion around the global response to this war. So, not only would reducing reliance on Russian gas weaken Putin’s political power over Europe, but it would also aid Europe's journey in reaching net-zero emissions.

In short, climate change can no longer be thought of as some sort of externality or entity of its own. It is in some way impacted by every crisis that unfolds in the world today. Hence, to deal with the climate crisis in isolation to other global issues we face today is to misunderstand the complexity and the interconnectedness of environmental, political, social, and geopolitical crises.